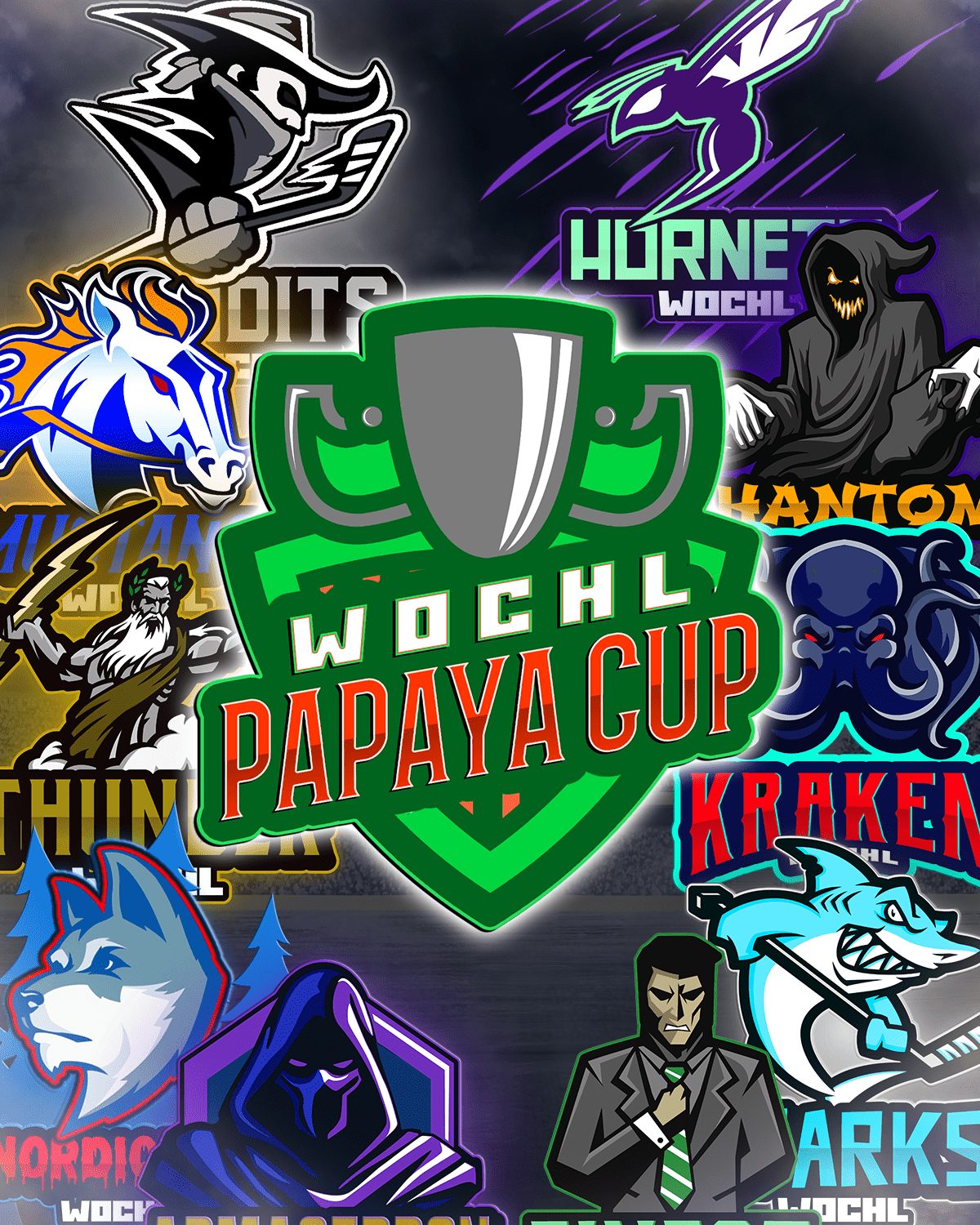 THIS UPDATE IS BROUGHT TO YOU BY THE:

The Papaya Cup was designed for those teams who did not qualify for the Mango Cup (the WoCHL playoffs) to compete in a consolation tournament. Unlike other leagues the WoCHL will keep our members active and playing competitive hockey all the way through.

In the first Papaya Cup the Canada North Stars took home the trophy which has propelled TNT to back to back Mango Cup appearances. Last season CrippleStreets led the Ringers to Papaya Cup glory but tonight he will start to defend their Papaya as the new designed Phantoms.

We have two Free Agent teams taking part in a one game play in for the final spots in the Papaya Cup. Darkside_Reborn captains the Armageddon into battle with the Nordiques while Stoxfield has the Finest prepared to take to the bay to bring down the Sharks.  The winners of these play in games will qualify for the Papaya Cup.

Round 1 will be a best of 5 starting tonight and continuing on Thursday.

Now lets look at some of the teams entering the Papaya Cup;

The Bandits led by Maxthepats are the number one overall seed behind prolific scoring from Eagles-2186 look to make a long deep playoff run.

The Hornets may have the most team chemistry of any team competing in the Papaya Cup. Big names in the locker room look to carry championship pedigree into this run including drb and bobbys_rash who have won a Mango Cup.

The Phantoms (formerly the Ringers) are back to defend their title with the dynamic duo of hockeyboy_1919 and ridiculous_mark helping quarterback cripplestreets.

The Mustangs led by cripplestreets brother Thillyguuth had a much improved second and season as they improved greatly. Tonight they will rely on their duo of 70+ point scorers in doyon and lfraz to carry a deep playoff run.

The Thunder after being one of the best teams last season have found themselves battling for the wrong fruit. Toto69NY will have his tough defensive team ready to go. This team will look to keep the score close and grind out some playoff wins.

The Kraken, as the Thunder, had a rough summer season as many teams and players have but tonight they can take a step forward as they battle in the Papaya Cup. Greatscottie is an emotional leader and there is no doubt in that locker room that they will not bring it.

The Sharks whom made the most trades in WoCHL history look to get past the Finest and earn themselves a Papaya Cup debut.

The Nordiques were the Cinderella Story of season 5 but season 6 was more like the story of the ugly step sister. None the less they are back tonight to battle with the Armageddon to earn themselves a shot at a Papaya Cup run.

TUNE IN TONIGHT ON YOUTUBE AS ONE OF THE MOST FUN CONSOLATION TOURNAMENTS KICKS OFF. GOOD LUCK TO ALL THE TEAMS IN BOTH THE MANGO CUP AS WELL AS THE PAPAYA CUP.