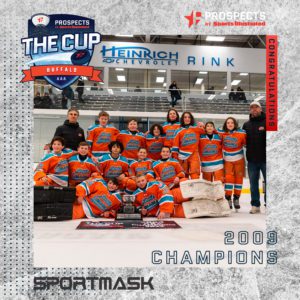 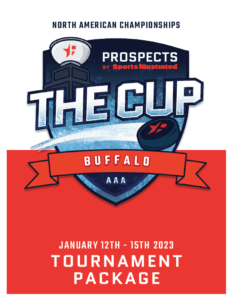 The Biggest AAA Event in North America and Record Attendance!

One of the favorite locations for the Prospect Cup Series, The Cup - AAA Buffalo is sure to deliver. Buffalo is highly anticipated as this is the staple event and one of the biggest AAA events in North America. This tournament was previously known as “North American Championship - The Cup” which was the number one AAA event in North America and is famous for bringing teams from all over North America from areas such as: Colorado, Montreal, Toronto, New York, Boston, Philadelphia, Anaheim and more! This event is close to the border which allows for high attendance from teams from both sides of the border.

This tournament brings together top competition and offers a very unique attraction which is outdoor ice. Prospects by Sports Illustrated creates and executes superior quality events which is based around the experience for players, parents, coaches and participants. Our experienced staff and engaging activities like the infamous sticker trading contest make for an extraordinary experience. Prospects by Sports Illustrated partners work with several local businesses, attractions, and restaurants to ensure teams and their families receive amazing deals around the city. We look forward to hosting your teams at this series!

THE CUP North American Championship has been specifically designed to allow entrance only to teams who have been qualified by our selection committee.  We pre-select the top ranked US and Canadian teams trying for relatively equal amounts representing each country.  Our scheduler will create equal round robin pairings taking into consideration teams you've faced previously during the season to accommodate your team playing new teams.  Divisions will be weighted evenly to assure fairness to all participating teams.  This is a tournament like no other, THE CUP will feature some of the absolute best teams in North America all trying to hoist THE CUP.  In the end there will be one champion.  WILL IT BE YOURS?

GATE FEES APPLY
There is a gate fee $20 for weekend pass, $10 daily pass.  People paying for the weekend pass will receive an official THE CUP hat valued at $29.99  and an official Tournament Program valued at $5 until supplies run out.
There is no charge to attend THE CUP for players, children 16 and under and those over the age of 65.

Best of the best
The Cup only allows entrance to teams who have been qualified by our selection committee. We pre-select the top ranked US and Canadian teams.
1 of 4

Outdoor Rinks
Teams can experience something found nowhere else. The opportunity to get out under the Sun or under the stars and brave the elements.
2 of 4

All PSI tournaments are Stay-to-Play. All Participants are required to stay in tournament hotels for security and event experience.
*Teams who fail to do this will be penalized $350 per player or risk not playing.

Under the "How did you hear about FMG?" section, put "Other" and then type "Prospects by Sports Illustrated."

Discounted Flights from fly my group

12-48 hour reply on Monday-Friday and non-holidays